Iron Valley™ Supply Co. and the Society of the Honor Guard commemorate 100th Anniversary of Tomb of Unknown Soldier.

The Sentinels stand at the Tomb, 24-hours a day, 365-days a year, and are chosen from the 3d United States Infantry Regiment, also known as the Old Guard.

The Society of the Honor Guard, Tomb of the Unknown Soldier (SHGTUS) assists the Tomb Guard platoon in executing their duties by providing support and essential supplies for the platoon, scholarships, education to the public, recognizing past and current Tomb Guards for exemplary service, and upholding the memory of former Tomb Guards.

Each of these Colt 1911 pistols will be engraved by Baron Engraving with serial numbers TOTUS-001 through TOTUS-500 and will be shipped with a 100th Anniversary Challenge Coin.

Iron Valley™ Supply Co. is donating serial number TOTUS-100, which is a special edition, gold-inlaid Colt 1911 to the Society for their auction on November 13th, 2021.

«The 100th Anniversary of the Tomb of the Unknown Soldier marks a historic and somber reminder to our Nation of the sacrifice our Service Men and Women take when choosing to serve our Country. The Tomb is a most sacred place, representing the loss of all those whose life and identity were forfeited in battle, and those who loved them and were left without resolution. Our partnership with Iron Valley™ Supply Co. helps the Society continue our commitment of remembering the service and sacrifice of the Unknown Soldiers, and our Nation’s countless missing.»

«Iron Valley™ Supply Co. is honored to commemorate the 100th Anniversary of the Tomb of the Unknown Soldier with this limited-edition Colt 1911. The Tomb is one of America’s most sacred and treasured Memorials. The 100th anniversary of the Tomb offers a stark reminder of the untold sacrifices our brave men and women have faced throughout our history when serving in our Armed Forces.  We owe an immeasurable debt of gratitude for their commitment in keeping our country safe and our freedoms intact.  Iron Valley™ Supply Co. is pleased to support the Honor Guard, and we recognize the unwavering passion and commitment of the Tomb Guards.

About The Society of the Honor Guard, Tomb of the Unknown Soldier

The Society of the Honor Guard, Tomb of the Unknown Soldier is a 501 (c)3 nonprofit organization providing programs and events to the public while offering assistance, scholarships, and services to current and past Honor Guards. www.tombguard.org

Iron Valley™ Supply Co. was founded in 1923 in Birmingham, Alabama.  This privately held wholesale distributor is a leading supplier of shooting sports and outdoor products.  As a distributor of more than 150 of the nation’s foremost brands and products, Iron Valley™ Supply Co. provides unsurpassed customer service, product knowledge and support to our dealers in hunting, shooting sports, and outdoor equipment.  Our passion is rooted in the outdoor community, and we are steadfastly committed to serve as the Adventure Culture’s Storehouse. www.ironvalleysupply.com 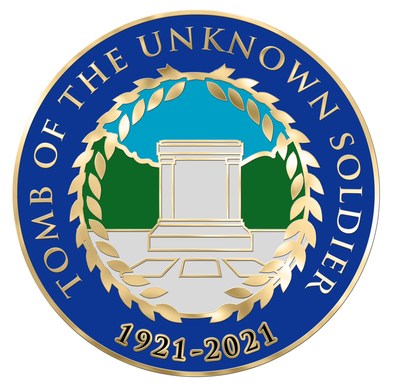